In order to better assess the ability of her horses to perform the movements in dressage, Coralie searched a long time for a bodywork modality that she could believe in. Through her trainer Jennifer Conour she met Jim Masterson, the developer of the Masterson Method of performance equine bodywork, which incorporates multiple modalities including osteopathic techniques, myofacial release techniques, acupressure techniques and some massage. 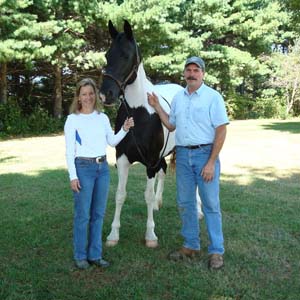 It’s been a demanding year long endeavor amounting to an estimated 500 hours of class and practice time and a significant investment in dollars, but she became a certified practitioner of the Masterson Method in September 2011.

She has found it intensely satisfying to be able to unlock restrictions in the major junctions of the horse that most interfere with performance. Equally important is the feedback she receives from the horse on her riding technique by virtue of being able to assess the condition of her horses body before and after a ride. For more information on the Masterson method, visit Jim’s website.